The LAFP Mourns the Loss of Past President, Dr. Gerald "Jerry" Keller 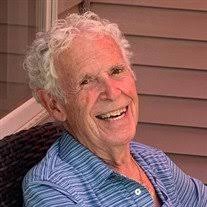 The LAFP wishes to express our sincere condolences regarding the loss of Dr. Gerald "Jerry" Keller.  Dr. Gerald Christian Keller, 86, a man of great faith, died peacefully at home on December 21, 2020. Jerry, as he was lovingly called by friends and family, was a devoted husband of 61 years to Joan Arnold Keller, (deceased May 2019), loving and supportive father to his children and grandchildren, and civic leader both locally and nationally. Professionally, Jerry was very active with the American Academy of Family Physicians, serving on commissions and holding all offices at the state level including president and nationally serving as vice-president of the AAFP.

Jerry graduated from Jesuit High School, Loyola University, and LSU Medical School New Orleans. Jerry began his medical calling as a Family Practice Physician in the U.S. Army where he and Joan moved from Louisiana to Tacoma Washington to Kitzingen and Heidelberg Germany. He moved to Mandeville in 1963 to practice family medicine with Dr. Roy Gregory (affectionately known as Uncle Roy), where he raised his growing family.

Jerry soon became active serving on many school and local boards at Our Lady of the Lake Church and School, St. Scholastica Academy, and St. Paul School as well as 4th Ward, Mandeville Chamber of Commerce and bank boards. He served as medical team doctor to both Mandeville High School and St. Paul School. Jerry was an active member of the Knights of Columbus, the OLL Men's Club and the OLL Choir. Jerry was an Associate Professor at LSU Medical Center, New Orleans. Locally, Jerry served as Mandeville Town Council Member and Mayor, Pro Tem from 1968-1980.

His passion was serving as chair on the Task Force on Rural Health and expanding Family Practice as a specialty to medical students who might serve as rural doctors.  Jerry served as St. Tammany Parish Hospital Chief of Staff and Medical Director of Lacombe Nursing Home, Pontchartrain Health Care Center, and Heritage Manor Nursing Home. In 1985, after joining Ochsner, Jerry became Associate Chair of the Department of Family Medicine and in 1997 Acting Chair. Jerry and his partner Dr. Gregory were instrumental in first expanding St. Tammany Parish Hospital and later expanding Ochsner to the Northshore where their picture hangs in the Northshore Clinic lobby.

Jerry received many accolades and awards throughout his career including AAFP President's Award, A. H. Robins Award, Good Housekeeping Doctor of the Year, and many others. He was greatly devoted to his patients. His patients have continued to express to his family their gratitude and appreciation for his personal nature and for his medical care. His most cherished award was receiving the Order of the St. Louis Award with his wife, Joan, also a devoted Catholic and vested in serving her community. This award highlights a lifetime of lay ministry.

Jerry and Joan shared many great friends from their primary years, military days, and during the many years they lived in Mandeville, where they made their home. They shared church, caroling, camping, travel, playing bridge, bowling but most importantly tennis with these cherished friends.

After retirement, Jerry ate lunch every Wednesday with a group of friends affectionately known as "The Grumpy Old Men" whom we owe a debt of gratitude for their continued care and company even when it was difficult for Jerry.