Meet our December Member of the Month, James A. Taylor, MD, FAAFP 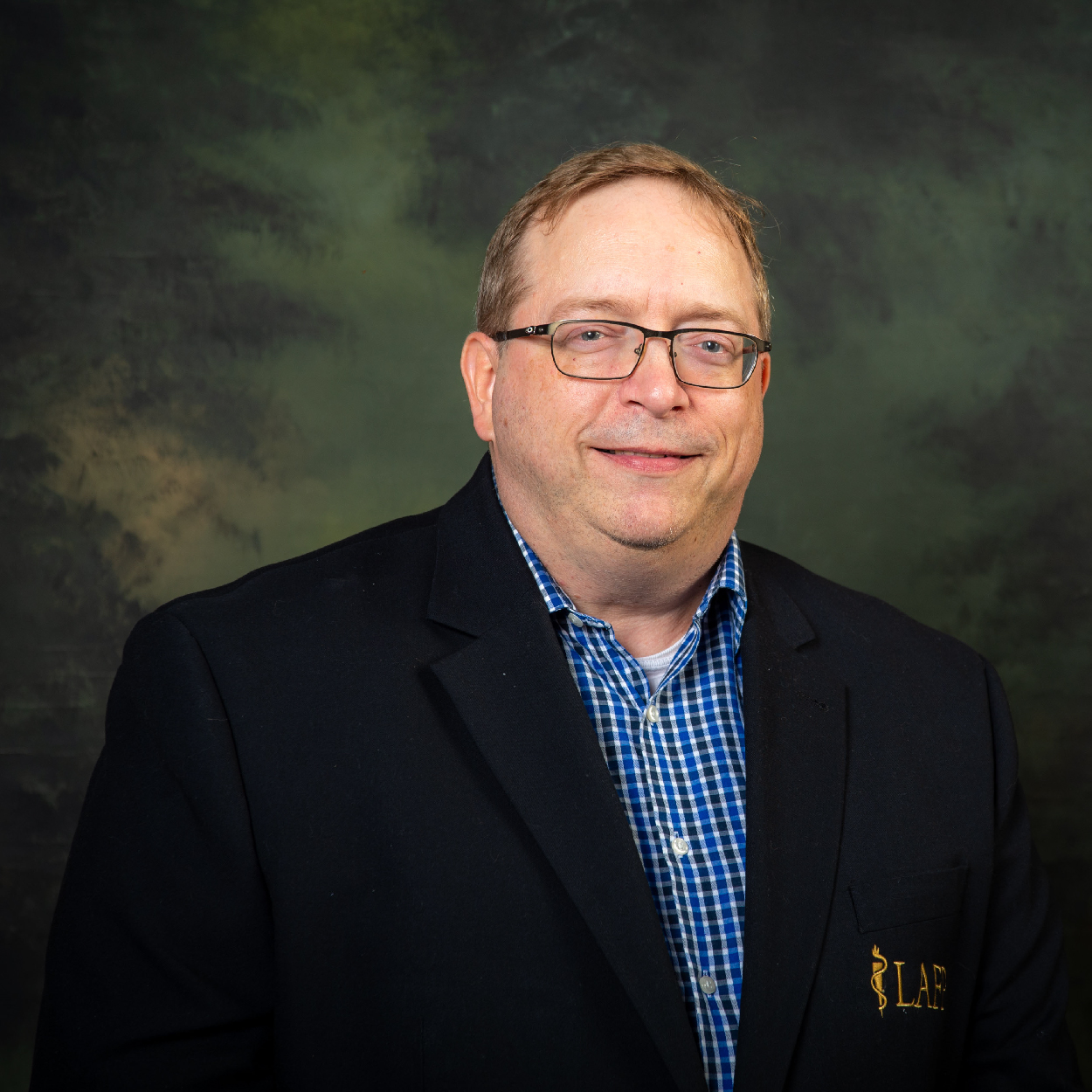 Dr. Taylor is the definition of a tried-and-true Family Physician. He has been in a traditional family medicine practice, served as the Emergency Services Director for a critical access hospital as well as Deputy Coroner for a rural community, and he recently added Assistant Program Director to the list. Dr. Taylor has also been recognized among the Top Doctors in Louisiana by “Louisiana Life Magazine” and the LAFP Family Physician of the Year in 2021.

A native of New Orleans, Dr. Taylor graduated from LSU School of Medicine in New Orleans in 2001 and completed his residency at Baton Rouge General Family Medicine Residency Program in Baton Rouge, LA in 2004. He lives in Pride with his wife, Joette. They have one beautiful daughter, Jolan, who will be attending medical school in the Fall after graduation from Baylor in Biochemistry.

We asked Dr. Taylor how he chose to become a family physician. He stated, “I chose FM because it allowed (demanded) that I keep my skill set wide and allowed long-term relationships with individual patients and entire families. 20 years out, I am now seeing the children of the children I once treated, who have now become parents. I was inspired by the stories of the country doctors who were the pillars of their communities and were called upon for any number of illnesses and injuries. As a child, I heard the stories of Dr Philip Gibson, the first licensed physician in Claiborne Parish, who was my great-grandmother's cousin, including the night he took out a farmer's appendix on his kitchen table.”

In his role as Assistant Program Director, Dr. Taylor has the opportunity to meet students and talk about his career path. We asked him to tell us about his journey. He stated, “I did not get into medical school straight out of undergrad. In fact, my application was denied several times. I worked in a warehouse and in the medical records basement of Charity Hospital and drove a delivery truck while in Medical Technology school. I did some growing up, nailed the MCAT, and squeaked into the class of 2001.” He continues with the advice that he gives medical students, “If you have made into medical school, it is very likely that you have sufficient IQ. If you don't have a structured strategy for studying, start building one. Find a group that shares your motivation and divide the work, each teaching the others. Build in dedicated time for your family and your health. Most important: the key quality for success is not intelligence or compassion (though both are absolutely necessary). It is RESILIANCE...and we can't teach it. You have to grow it.”

Dr. Taylor has been a member of the American Academy of Family Physicians since 1997. He has served as the Chair of the LAFP Legislative and Membership Issues Committee and is a founding member of LaFamPac, the political action committee for the LAFP. He has also served as LAFP President and LAFP Foundation President, and alternate delegate to the AAFP Congress of Delegate. He is also the LAFP representative of the Louisiana State Board of Medical Examiners Board of Directors. He believes that LAFP membership is important. His thoughts, “LAFP has grown, and continues to grow, in influence in both the legislative and corporate environments. Legislators and CEOs may not care much what one family physician says, but they pay attention when we all say it. As a family physician, you have already benefitted from the work of LAFP staff and membership. It is right and just to help out to the best of your ability. I spent some time in the Legislature trying to define and protect the practice of Medicine and was given the honor of representing family physicians on LSBME as the LAFP nominee. I have also mentored residents and medical students, hoping to show the fullness and value of Family Medicine.

Dr. Taylor believes in protection and preservation of the physician-patient relationship. He states, “That is the core of Medicine. Everything else, while important, is secondary.” He has been singing in his church choir since his teens. His father was a church choir director who met his mother at La Tech School of Music. Interestingly, music is how he met Joette. Both are alumni members of the Golden Band From Tigerland. He has 2 Mercury Grand Marquis that he enjoys driving. He enjoys politics, teaching, learning, and hanging out with friends and family.

The LAFP is honored to recognize James A. Taylor, MD, FAAFP as our December Member of the Month!

LAFP’s Member of the Month program highlights Louisiana family physicians in the Weekly Family Medicine Update and on the LAFP website. We feature a biography and a Q&A with a different LAFP member each month and his or her unique approach to family medicine. If you know an outstanding family physician colleague who you think should be featured as a Member of the Month or if you’d like to tell your own story, nominate yourself or your colleague by contacting Lee Ann Albert at This email address is being protected from spambots. You need JavaScript enabled to view it. or by phone at 225.301.1947.